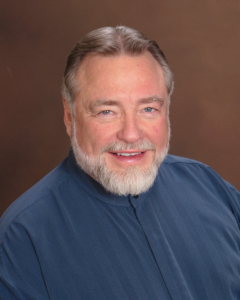 Rev. Lawrence Palmer is a native of Mississippi. As a youth, he felt a calling to spiritual service, and he has served as a minister for more than 40 years. Lawrence began as a Baptist pastor and then found his way into Unity. He holds a Bachelor’s Degree in Psychology from the University of Southern Mississippi and a Masters of Divinity in Pastoral Care and Counseling from Southern Baptist Theological Seminary. In 1992, he graduated from Unity Ministerial School in Missouri.

In addition to his theological and metaphysical schooling Lawrence has completed training in Silva Mind Control, Heart Math, Gateway Voyage at the Monroe Institute and is a practicing Reiki Master. Lawrence has also experienced intensive training in Shamanism with Michael Harner, Sandra Ingerman and Serge King.

Lawrence’s preaching and teaching style has been called intuitive and interactive. He has a deep passion for experiencing and facilitating personal growth and spiritual development.

Unity of Pompano welcomed Lawrence to our spiritual family in June 2015 to co-minister with his wife, Bev Spivey. 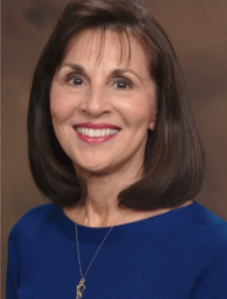 Bev Spivey grew up in Punxsutawney, PA where church three times a week formed the foundation of her early years. In the Western Pennsylvanian countryside, the church was the social life of the community, as well as religious instruction. From quilting circles to revival meetings, Bev credits this exposure to Bible scriptures, hymns and gospel music as the keystone of her depth of knowledge of scripture and songs. Over the years, Bev has combined her traditional roots with Unity’s principles to become a knowledgeable, well-loved teacher, grounded in historical context with metaphysical insight.

Like so many, Bev felt “home at last” when she attended her first Unity church service, and when she moved to South Florida in 1996, she joined the fellowship at Unity of Hollywood. Mentored by Revs. David & Gay Lynn Williamson, Bev majored in Sociology at Florida Atlantic University, completed Unity coursework locally and at Unity Village, Missouri, graduating as a Licensed Unity Teacher in 1999.

When Bev observed the decline of the property and attendance at the Unity Church of Pompano, Bev gathered a group to rescue it. Through her scrupulous leadership and tenacity, Unity of Pompano reopened in 2010, and this joyful community has celebrated this revitalized spiritual center under Bev’s loving and watchful eye.  In June 2015, Rev. Lawrence joined Bev to team a co-ministry. 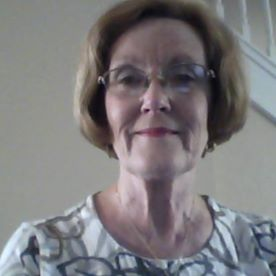 Cynthia Roberts directs the adult education program at Unity of Pompano. Cynthia is an enthusiastic, joyful teacher whose scholarly studies enhance Unity of Pompano’s classes, workshops and special services.   Since 2012 Cynthia has facilitated a Power Hour class on Sunday mornings to empower students to live healthy, happy, balanced lives. Cynthia’s eager students engage in lively discussion regarding spiritual principles and how to apply these principles in their daily living.

Cynthia has a B.S. in Education with a Major in Mathematics and teaching Minors in Social Studies, Science, & English. She holds a Masters Degree from Southern Illinois University in Curriculum, Instruction & Media with a specialty in Mathematics. Cynthia has taught various classes in high schools & colleges for 50 years. Cynthia also has 23 years of experience in Corrections from various leadership positions in the Illinois Prison System.

Cynthia is married to Stephen Roberts. Cynthia enjoys reading, walking, traveling, painting, and sewing. Cynthia and Steve’s family includes 9 children and 14 grandchildren.  Their move to South Florida in 2010 and their involvement at Unity of Pompano has been a many-faceted blessing. 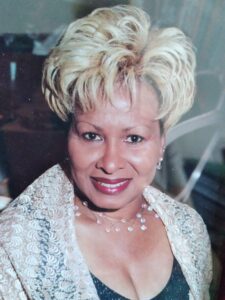 Shirley V Scott was born in Kingston, Jamaica. She has been a member of Unity Movement since 1970. After migrating to the United States with a career in Cosmetology, Shirley was a pioneer member at Unity of Silver Spring, MD, serving as Board Secretary for several years while pursuing her studies in Truth at Unity Village. She became a Licensed Unity Teacher in 1996.

After relocating to Florida, Shirley became an active member of Unity of Hollywood where she served as LUT. She now serves at Unity of Pompano Beach Spiritual Center.

Shirley is also an Ordained Interfaith Minister. She is married to Wilton Scott and is the mother of three children and six grandchildren. 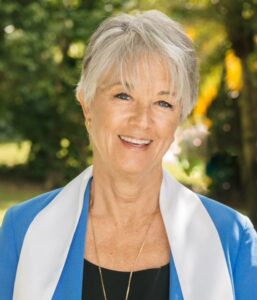 Rev. Darby Mackenzie Line is a native of Larchmont, New York. The daughter of an Episcopal priest who stood up courageously for interracial  and interfaith understanding in the 1960s, equality among all God’s children was foundational to her upbringing. Throughout her life journey she has endeavored to live into that understanding, in her work in management and administration of non-profit organizations, as a journalist, as a healing arts practitioner, and in ministry.

Darby holds a BA in Music and an MA in Journalism, as well as licensure as a massage therapist and certification as a clinical aromatherapist. Ordained by One Spirit Interfaith Seminary in New York, Rev. Darby is active in local interfaith work as Vice President of JAM & ALL Interfaith and with other organizations.

Darby’s personal mission statement is:
“By honoring and celebrating diversity and the presence of the Divine in all of Creation, I hope to serve as a bridge of peace and understanding in a world that is so greatly in need of them. I vow to keep my eyes and ears open to hear Spirit’s call, and to keep my heart and hands always ready to respond with courage and compassion.”