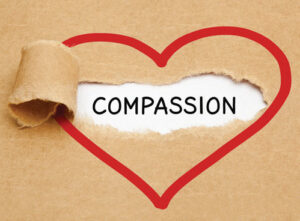 A single event defines the year 2020: the COVID-19 outbreak and the social, political, financial, and economic fallout that has resulted from containing it. The best estimates at press time were that this highly contagious virus kills about one percent of people it infects. Of those, 99 percent have previously been weakened by other diseases. The symptoms are so negligible in young people that they often pass unnoticed.

The first week when many countries issued compulsory “shelter in place” orders to their citizens, I conducted a webinar to connect my EFT (Emotional Freedom Techniques) Universe community. More than 1,200 registered, 10 times the usual turnout.

I asked people to share their worst fears, and they were heartbreaking: “I’ll die alone in my apartment, and no one will discover my body for weeks.” “The quarantines will usher in a totalitarian government.” “My three children will die, and I will be powerless to stop it.” “The whole economic system will collapse. People will be fighting for food in the streets.” “My 90-year-old mother already has diabetes, and she could be one of the first to go.”

As we processed the emotions using energy therapies, the fear dissipated. After an hour and a half, smiles had replaced the gloom.

I’ve done a lot of research on the stress hormone cortisol. As fear drives it higher, the hormone triggers contraction of the capillaries in the brain’s prefrontal cortex. When this starves the brain of the oxygen normally carried in the bloodstream, cognitive function degrades in less than 20 seconds. But the process reverses with effective stress-reduction techniques, allowing you to think clearly again.

I meditated after my own thinking came back. I asked the Universe: What are the gifts of this pandemic? The answers are many. Billions of people all over the world— most of them healthy or young people, who are highly unlikely to die from the virus—agreed to drastically modify their lifestyles to “flatten the curve” and slow the spread of the virus. They’ve done this to protect people who are old and those who are sick.

Travel restrictions have destroyed entire industries like hotels, restaurants, and airlines. Barbers and bartenders, housekeepers and schoolteachers, have seen their incomes vanish. All this to keep others safe.

In economic terms, not only are these young and healthy people willing to seriously compromise their lifestyles to protect others, but they’re also willing to go broke in the process.

This is the pandemic of compassion that has broken out in the human race in 2020.

In ancient times, and even a century ago, the old and sick were marginalized. They were past the point at which they could make an economic contribution to society, and most died in poverty and neglect. According to Steven Pinker’s book Enlightenment Now (Penguin Books Limited, 2019), even before the coronavirus outbreak, developed countries spent a median of 22 percent of their GDP on health care and the social safety net. The figure for 1900? Approximately two percent.

We are now at a turning point in global human consciousness. For centuries, we’ve been becoming more compassionate as a species. The pandemic is evidence that we’ve passed the tipping point.

Never before in human history have so many people been prepared to sacrifice so much for so few. The world will never be the same again. History has entered a new trajectory, and it is ushering in a level of spiritual connection and social flourishing that is unprecedented on this planet.

How science is uniting body, mind, and spirit

Dawson Church, Ph.D., author of Mind to Matter (Hay House, 2018) and The Genie in Your Genes (Energy Psychology Press, 2008), is a genetic researcher and an ordained New Thought minister.